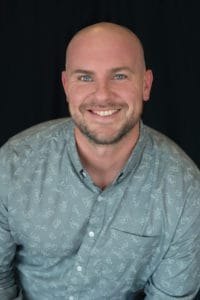 I’ll just jump right into it. At 22 Elizabeth and I had been engaged for about 7 months when we found out she was pregnant with Kyleigh.  Being raised in a Baptist home that was far from ok so I pressured her and we ended up getting married at the courthouse right away. Yes, we took the time to have a nice reception and all but needless to say that was the beginning of my selfishness.  I was only worried about what society would think of me and left the feelings of my future wife dangling. So I basically kept trying to mask things and fix things that weren’t the things that needed to be fixed.

Even though we started off wrong we did very much love each other.  We both had our flaws and we knew it but life was still good. We really started to get back involved with church and were doing what we thought were all the right things.  Life was what we thought was normal.

About 6 years into our marriage, it just sort of seemed like we were going through the motions.  When times were good it was so easy to mask and sweep things under the rug but when times were hard things seemed to be crashing down.  After several weeks we decided to go to a marriage counselor. It was there where for the first time we had to face some of our biggest flaws. Our counselor gave us an assignment and it was to read the book The Five Love Languages.  Through that book and through discussions with Elizabeth I guess we thought we had it all figured out. We were wrong.

That latest patch on our relationship lasted a couple of years but quickly resentment and hurt started to fill our hearts and minds.  She had not forgiven herself for her problems and she hadn’t forgiven me for mine but she acted like everything was ok. I was doing the same exact thing.  I was saying I forgive but my mind was consumed with wondering when the next hurt would come and feeling like we were just roommates. Even though the issues were clearly there we both thought we could tough it out and just act as if everything was ok. Well, that could only take us so far. However, about that same time, we found out she was pregnant with our second daughter, Avery. Even though we both knew everything wasn’t ok it was just enough to keep us pushing forward. We were riding that momentum of the excitement of another child as far as it could take us.

About 5-6 months into the pregnancy I eventually hit a wall and continued to feel pushed away.  She seemed more and more angry and frustrated and I was at a breaking point. Why would I want to spend the rest of my life with someone who couldn’t be honest with me and didn’t even seem to be happy that our second child was on the way. I told her that I had lost my feelings for her and that I loved her but just couldn’t be “in love” with her anymore. I wanted out. She could never give me what I need and it was just a lost cause in my eyes at that point. So shortly after I moved out and moved in with my parents.  We tried to keep contact for our daughters’ sake but we quickly became more and more angry with each other. I started dating to try and fix all my pain which sure didn’t help a thing.

Avery was born and I still continued to live with my parents and the process had began on our divorce.  Papers were filed, I had retained my attorney and attended my first divorce class for the kids. It was done.  I couldn’t be more out of love with someone. I honestly couldn’t stand the thought of her after some of the hurtful things that she said and did.

About this time I knew that I wanted to get back to church.  After resigning as youth minister at my old church and after all the drama I couldn’t bare to show my face back there again.  That’s when I remembered seeing a couple of my friends post about TurningPoint on Facebook. So I thought why not give it a try.. I was always curious.  I walked in the first time and I was welcomed by Jon Eakin. He made sure I knew where to go and that if I needed anything at all to just find him. I can remember thinking to myself “man that dude was nice”.  I know the sermon and worship was awesome because I remember telling people about how much I liked it but it was my interaction with Jon that stuck out. So the next week I walked through the door and there he was again to greet me. He asked about how I enjoyed the week before and I told him how much I loved it but that I came from a much different background.  He said the same but expressed how TPC had made such an impact on his life. I shared how I was going through a divorce and he shared that he had been through one too. I tell you this because that’s when I started to realize that at TPC it doesn’t matter what junk your carrying when you walk in the door. The people at TPC are gonna love on you just as Jesus would.

After 5 weeks in a row of coming to church, I experienced a life changing moment.  During worship, we sang the lyrics “Nothing is impossible with you, nothing is impossible, nothing is impossible with you, you hold my world in your hands.” It was in that moment that I felt the spirit of God flood my life with tears streaming down my face.  It was if I could hear Him telling me this thing that you think is too far gone is not that at all. So in that moment, I decided that I was gonna stop trying to be in control and I was just gonna let God. I texted Elizabeth right after the song and invited her and the girls to lunch.  For the first time, things went ok. The next evening her and I talked and we decided to sit down face to face and spill our guts. In that moment we unwrapped more junk and hurt than we had in the past 8 years.

Looking back on the whirlwind of a life that we lived I can see so clearly what out issues were from the start.  First of all our marriage was not built around God. We weren’t giving grace to one another and we were keeping junk covered up that needed to be let out.  It was because of all Elizabeth’s junk that she felt she had to portray herself as this other person to earn my love when all she had to do was be honest with me and allow me to love her fully.  It was through my selfishness and inability to forgive her that led me to think I couldn’t love her and that I needed to find love in other places. Our problem wasn’t one or the other it was the both of us.  We were both being selfish in our own ways. When we realized that and when we were willing to extend grace to one another and to accept it, our whole world changed.

Not only did TPC save my marriage but in these past years, my marriage has gone to a place that neither of us knew existed. Most importantly for us, we have a new understanding of how there is nothing we can do to earn God’s grace. It’s a gift. In that same way, we both know that is a gift that we owe to one another often. I honestly have forgiven her completely for her past and honestly don’t ever even think about it really. I know she would say the same about me. The peace in knowing that our marriage is now in God’s hand is a feeling like no other.

We both pray often that other couples in our church and in this city can just catch a glimpse of what God can do for them if they just open their hearts and minds.  I am forever grateful to TurningPoint Church for showing me that glimpse. Other than my family there is nothing in my life that I am more proud to be a part of than TPC.  From the bottom of my heart, I thank the whole church for simply loving me when I needed it most. It’s been life changing.

Now I have the honor of pastoring so many amazing people in our church. I get to spend time building up our next generation of students. I get to play a huge part in creating that same welcoming experience in our church that changed my forever.  How cool it is to see countless stories of God moving in people’s lives. It is truly an honor to come alongside such great leaders and people to help people KNOW GOD, FIND FREEDOM, DISCOVER PURPOSE, and MAKE A DIFFERENCE!

The thing that excites me the most is that the best is yet to come!! I love you TurningPoint! 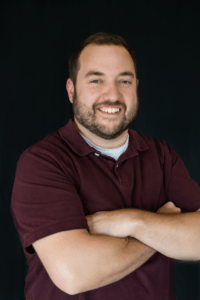 Travis
﻿﻿﻿ Our TPC journey started over 3 years ago.  Merissa…