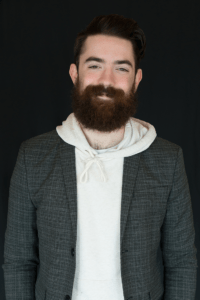 My name is Michael Miller I go by Mikey unless I’m in trouble…we will get to that later.

I have followed a very long and winding road to get to the point of where I am today. I am lucky in a lot of ways, starting off at the beginning is probably easiest. As a young person, I grew up knowing and fully embracing and praising the love and grace of our savior. I was water baptized in middle school and was very confident in my decision.  I had the opportunity to be active in 2 wonderful youth groups that the latter of quite honestly changed everything for me in almost every way imaginable, both wonderful and terrible. To clarify things went from normal early teen life to a whole other story in 2006. It started when I moved from Louisville, things were going well I had been hearing calls from God to serve youth. To help them grow up and become the thing that saved me from what I thought was the end of the world at age 13, a new school in a new city. I felt called to become was a youth minister.

I had the best youth group, I felt heard, I felt needed, and I felt like I was being given the opportunity to make a change and have my voice heard as a young adult of faith. That is something I find very important still to this day. All of that was due to the man who was my youth leader. That youth group solidified my faith in the very core of my being, and then over the summer before my junior year of high school, my world turned upside down. We had just had an ice cream social when the phone call came that affected every fiber of my being.  Every detail of my life from that moment until this very one affected me. It still does as I’m am typing this and still as you are reading it.

It was my best friend, through tears and sobbing he had told me that our youth leader was dead. He had killed himself the night before.

You remember all that positivity I had mentioned before? All of that left me and I felt something I had never felt before, towards God and towards myself, towards our youth leader, towards everything….anger, deep hurtful anger.

I remember this like it was yesterday, I went into the basement at my parents and I just started hitting my drums, not even playing them anymore until they were as broken and empty of sound as I felt in that moment.

I became a man that day, I grew up emotionally years at a time, I was scared and mad at everyone for so long for years and years and years. I became resentful of what had happened and never fully processed it and just carried it around with me. Like luggage.

I stayed in the youth group until I was 18, stayed strong with the others affected, and eventually left the church, still angry.

I hated for so long, I went down roads that  God was screaming and throwing flashing red signs at me not to go down. I was confused and full of excuses. I thought if a man of God saw nothing worth living for why should I trust him – why should I trust anyone about anything, selfish, angry, reluctant excuses to deal with my pain.

7 years later, 7 long hard hurtful and lonely years, my daughter was born.  Even though the situation with her mother and I was filled with turbulence, I saw God’s face the first time.  When I looked into my daughter’s eyes that night, 7 years and 12 days after I had pushed God out of my life, he came back and he came back HARD.

That night God said, I know you said I wasn’t real Michael (see I’m in trouble now). I know you said a loving God wouldn’t let you go through so much pain and suffering and confusion, but HERE I AM. I AM HERE. AND I LOVE YOU.

I tried many a church and never found a home never felt connected, never felt truly accepted when answering questions about my life, and why I was seeking a new church.

I felt like the caddy at an exclusive country club. I was allowed to step foot inside but I was never going to carry a membership card or be seen as an equal.

A few years later 2017 my son Milo came into the world and I saw the face of God once more. This time he was saying, I’M HERE….STILL, WHERE HAVE YOU BEEN??

And maybe 6 months later Ashley brought up the idea of trying out churches again. I winced and was reminded of how much of an outcast I felt.  I decided God had moved in my life enough times it was my turn, and I agreed.

Amanda Powell and Ashley worked together a while back and had stayed in contact so when she invited our family to come to this church called TurningPoint. I said sure, if we know someone there that makes me feel better and will make things easier.

Boy, was I right, God had a plan for me this whole time, the first Sunday we walked into TurningPoint as a family I was greeted by Trinity, and immediately felt welcomed. I felt that someone was actually happy that I was there. When we dropped the kids off in KidzPoint,  gotten our coffee, and walked into the sanctuary I heard a familiar set of voices singing. It was Gideon and Elizabeth who I had known for a long long time were on stage together in the same place leading worship. (I had no clue they both went here). Then as if that wasn’t enough of a sign for you, Pastor Jason’s message that morning, answered every qualm, every question, ever doubt and fear, and hurtful sentiment I ever had. With reason after reason after reason i heard that God was real, God is here, God is working through me and through everyone, and that I had finally found a home.

In the last 9 months that we’ve been coming here, Ashley has been baptized, I have rededicated my life to Christ as well, I am a Dream Team member, serving as a youth leader and on the worship team member.  I am fully embracing the fact that TurningPoint church has saved my life.

Growing up I always heard those crazy, hard, incredible faith stories that inspired me to believe.I always wanted to be able to do that for someone.  Now, God has shown me and given me that story.

God brought my life back from the darkest, hardest place I could find to settle down in, and his grace is what is allowing me to share with you that the love and grace and wonder of God can do anything and everything you could possibly imagine. And more.

TurningPoint is my home now and I couldn’t be happier for a place like this to have come together to house me and my family. And all of yours as well. I love and appreciate each and every one of you, and I will never stop praising the things God has shown me through you and this church. AMEN 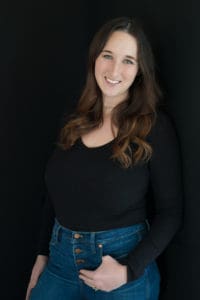